How Apple is Altering the Ad Blocker Game 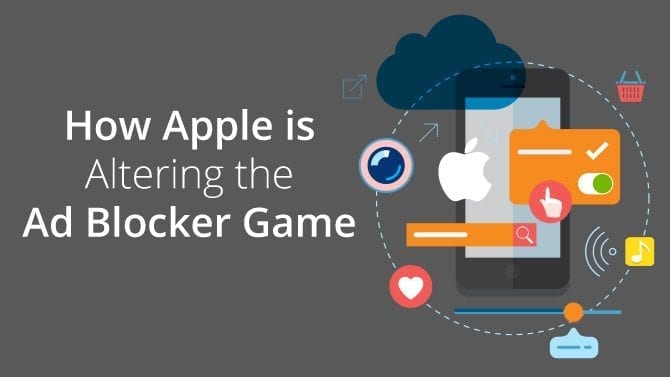 Ad blockers on desktops have been around forever. Nobody likes to be interrupted from their regularly scheduled programming to view an ad. We get it. We aren’t huge fans of pop-ups ourselves, but we understand the point of them. In exchange for being forced to view an ad, we get an abundance of free content at our fingertips. Hey, companies have to make money somehow, right? But not everyone is as understanding. So in an effort to appease their users, Apple is now allowing ad blockers on their iPhones and iPads.

Ad blockers pretty much live up to their name: They block ads by detecting certain scripts in the code and stripping them so the end user is none the wiser. And while they have been used in the mainstream on desktops for a while, most people don’t even realize it’s an option with their smartphones—until now.

When Apple released their iOS 9 update, they announced that users could now install third-party ad blockers to eliminate ads. And since 52% of mobile browsing is done on Apple devices, this could be a major game changer for digital marketers.

Prior to this announcement, if someone was so annoyed with pop-ups they couldn’t handle browsing the web on their iPhone, their only option was to jailbreak their device, which also made it more susceptible to malware. Obviously, not very many people were willing to take that risk, or knew how to jailbreak an iPhone. But now, all anyone using an iPhone or iPad needs to do is head to the App Store and install a third-party extension (Apple is not offering the software themselves, just allowing it from others).

Pop-up ads may soon be a thing of the past, but there’s no need to worry. There are many other ways to ways to sell your product or service that are welcomed by audiences instead of being irritating, including:

By thinking outside the box, and focusing your Digital Marketing efforts elsewhere, this announcement by Apple should have very little impact on your business. If you would like some help with digital marketing strategies that don’t involve pop-up ads, contact Zero Gravity Marketing.