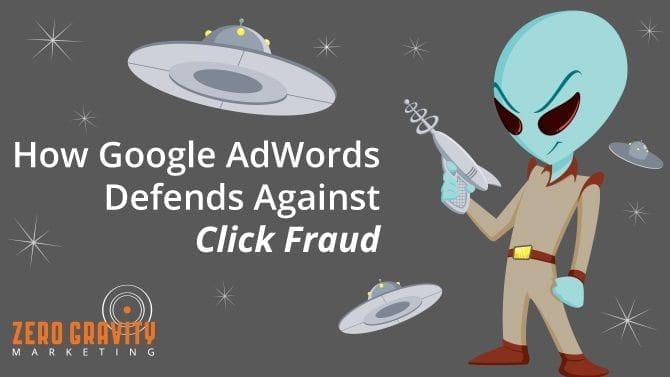 When companies run a PPC campaign on AdWords, fraud is always a concern. From other people aiming to sabotage their competition by driving up costs and capping out budgets to shady Clickjacking attacks to deceive users, Google AdWords is not always foolproof—but it tries to be.

While Google actively works to fight against common types of click fraud, sometimes a new threat appears that it needs to deal with. One of the most recent is known as Clickjacking. Essentially, Clickjacking tricks website visitors by using invisible ads to hijack computers or reveal sensitive information. For example, someone may think they are clicking play on a video, but layered above the video was an invisible ad, which then leads the user to a different page.

When Google realized Clickjacking was a threat, it immediately took action to stop it. It quickly created an algorithm to identify and filter out Clickjacking and terminated any accounts associated with it. Any traffic that was a result of Clickjacking is not charged to the unsuspecting advertiser.

How Companies Can Protect Themselves

While Google AdWords does an excellent job defending against click fraud, there are a few things companies can do within their own PPC campaigns to help themselves:

A PPC campaign is a very effective way to increase website traffic and revenue. As long as advertisers are diligent with monitoring their accounts for fraud, the money spent offers an incredible return.