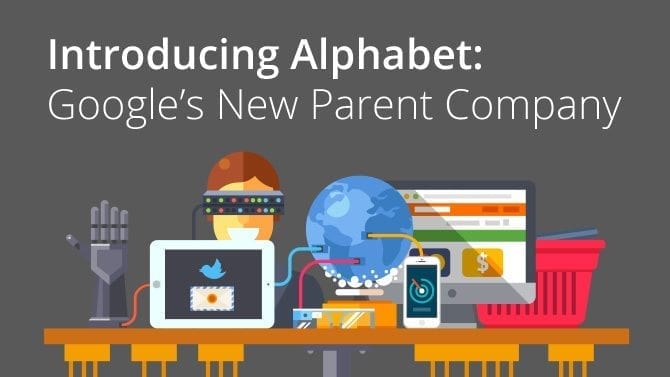 Sergey Brin and Larry Page created Google in 1998, and they have taken it places that they never could have dreamed of when designing the search engine in a Stanford University classroom. They did it by taking risks, never settling for the status quo, and always thinking outside the box. And they have done it again.

On Monday (August 10), Larry Page, Google’s CEO, announced that Google was restructuring and would now be a subsection of the parent company they named Alphabet, with the URL www.abc.xyz (you gotta love their creative use of the new domain extensions).

The Restructuring of Google Explained

If you haven’t noticed, Google is in a lot more sectors of the business world than just search, and they figured it’s about time to provide a clear separation of each entity. Larry Page will now be the CEO of Alphabet, with Sergey serving as President. Google will still be all about search, but the company now referred to as Google will only focus on the roots of the brand and the internet products connected to it, like Google Maps, YouTube, Chrome, etc. The other areas Google is a part of will break off and become their own companies, each with their own CEO, but all under the parent company Alphabet. Some of these include:

So basically, the purpose of Alphabet is to let each sector of Google’s massive empire operate on its own, with strong leaders who have a firm grasp of the tasks at hand. Larry and Sergey will still oversee it all, but this allows separate CEOs to take the reigns and hone in on the brand segment they excel in.

The announcement of Alphabet is a big deal, and there are a few key facts you should to be aware of:

The Reasons Behind the Google Shakeup

In summary, Larry and Sergey are really excited about their Alphabet announcement because it means more things will get done, more entrepreneurs will be developed, and there will be a clear distinction between all of Google’s projects. They believe that the enhanced focus will allow each entity to grow its wings and soar, and we can’t wait to see what comes of this metamorphosis.