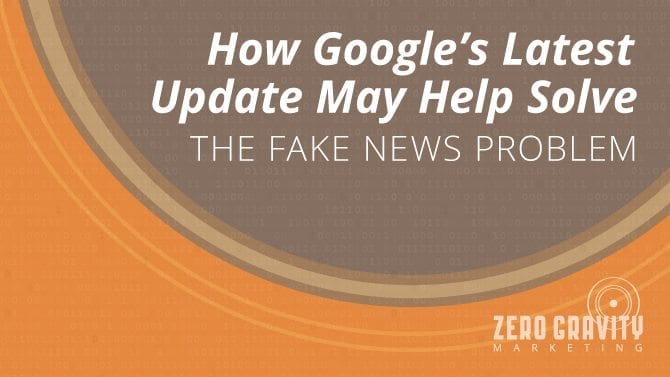 In an attempt to address concerns about offensive content, questionable answers and fake news appearing near the top of its search results, the new Google Owl update has been released to try and alleviate the ongoing Google fake news problem. Google frequently updates its search criteria, but the Google algorithm updates in 2017 so far have been unique in dealing with issues of non-authoritative content being prominently displayed in their search results. This latest program, nicknamed Project Owl, is Google’s attempt to attack problematic content in three ways: by introducing a new feedback tool for Autocomplete search suggestions, by launching feedback forms for Google’s “Featured Snippets” answers and by placing increased emphasis on authoritative content.

How are these changes going to help Google resolve its problematic search issues? In large part, Google’s solution is to rely on user’s feedback regarding current search functionalities. All Google users can now report “inappropriate predictions” offered by Google’s Autocomplete function. This means that offensive suggestions can be flagged by anyone, such as search suggestions that attempt to complete the query “did the holocaust” with Holocaust-denying search terms. Similarly, offensive Featured Snippets–the special highlighted results that appears at the top of some Google searches–can be reported as “hateful, racist or offensive,” “vulgar or sexually explicit” or “harmful, dangerous or violent.” For example, users could flag Featured Snippets such as the one some users’ searches returned back in March that falsely labeled several presidents as Ku Klux Klan members. Lastly, the final element of Google’s Project Owl aims to adjust the search algorithm to generally improve search result quality and boost authoritative content to the top of the results for all searches, both frequent and obscure.

What will be the impact of Project Owl on websites looking to maximize their search engine rankings in Google? Many website owners are understandably concerned that the increased emphasis on authoritative content could be interpreted to disadvantage newer or smaller websites in Google’s search rankings. However, according to Google’s Gary Illyes, this won’t be the case; Google’s new algorithm changes won’t take into account the age or size of a website when determining its authority.

Are you curious about how the 2017 Google updates might affect your website’s search rankings? As a full-service digital marketing agency, Zero Gravity Marketing can help you understand and implement effective digital marketing solutions. Contact us today to learn more about our services.

How Does a Digital Marketing Firm Keep Up on the Ever-Changing Landscape of SEO?