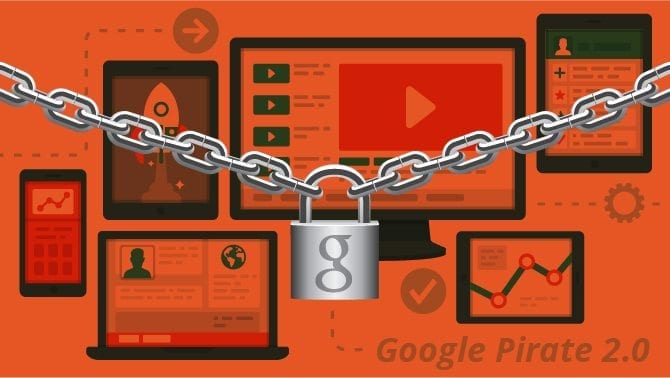 Internet piracy is illegally using the internet to copy software for personal use or to share with others, with or without the intentions of making a profit from that software. Pirating copies of movies, songs and other media off the internet violates copyright laws.

By the end of 2013, the Recording Industry Association of America had filed more than 31.6 million requests to Google to remove pirated content. The sheer volume of pirated content makes Google’s job monumental and seemingly impossible. On September 10, 2013, Google released its report titled “How Google Fights Piracy.” This report offered information regarding Google’s attempt to fight internet piracy and copyright infringement.

While strides have been made for reducing copyright infringement, the numbers of infringement allegations have grown significantly.

According to Google’s Transparency Report, the week of September 16, 2013 saw a total of almost five million URL removal requests. Three months later, for the week of December 16, 2013, there were 6.2 million URL removal requests. The increase in removal notice requests as well as other generated information provided essential data that could be used in upgrading the original algorithm put into play in 2012.

The impact of Google Pirate 2.0 is greater than its original rollout in 2012. According to Searchmetrics early analysis, specific sites have been hit with a 98% loss of visibility via Google search listings.

The entertainment industry may welcome Google Pirate 2.0 as this enhanced platform makes it more difficult for users to access easily pirated material. However, it may take a bit more time to determine how legitimate sites with triggering keywords may be affected.

Contact Zero Gravity Marketing for ongoing search engine optimization, to be sure your website follows the rules, even when the rules change.