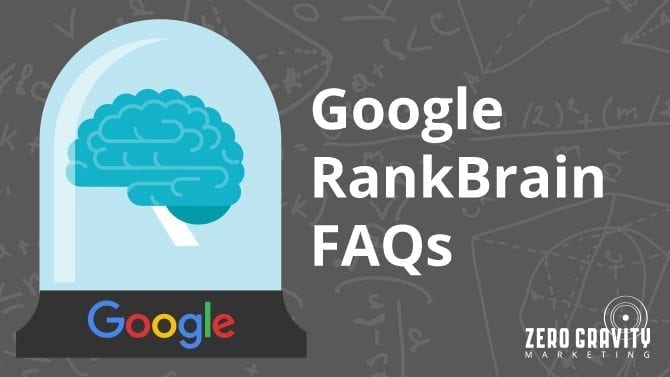 We briefly mentioned Google RankBrain late last year, but this was right when the news broke about it, and there were still a lot of unknowns in regards to how it works and how it will impact search. Now that several months have passed, we have more insight into the ranking factor known as Google RankBrain, and we wanted to share:

What is Google RankBrain?

In short, RankBrain is a type of artificial intelligence (i.e. learns from its own experiences) that works behind the scenes of the Hummingbird algorithm to improve the accuracy of the results given while cutting back on the need for humans to get involved. RankBrain is not its own algorithm, but rather a dominant ranking factor (only following links and content) considered by Google when displaying search results.

How does RankBrain learn?

The interesting thing about RankBrain is that all of its learning is done offline. It is shown thousands upon thousands of past Google searches, and analyzes what is shown, which links end up getting clicked on, and what words are connected to other ones even if the meanings aren’t identical. In doing this, it is able to adapt and improve its accuracy when displaying results. The predictions RankBrain makes are then tested and proven before rolling out live on Google. This process is continually repeated so the best version is always in play.

What is the main purpose of RankBrain?

Is RankBrain the same thing as PageRank?

While they both have the word “rank” in their name, these two things are not related. As mentioned, RankBrain is a ranking factor, helping to determine what shows up on the search results. PageRank, while still part of the Hummingbird algorithm, is the term used to discuss how much link juice a specific page has.

How many Google queries rely on RankBrain?

Over 100 billion Google searches take place each day. That is over 100 billion times that Google’s algorithm has to work its magic to find the most accurate results for the searcher. When RankBrain first came across our radar in October 2015, it was only being utilized for 15% of queries. Now, Google says that RankBrain impacts every single Google search that is performed. Clearly, RankBrain has been very busy analyzing data and making accurate predictions.

It’s safe to say that RankBrain is here to stay, and that it will only get even more accurate as time goes on. Your job is to make sure to use SEO tactics properly so that RankBrain knows exactly what you have to offer Google users. To get started, contact Zero Gravity Marketing today.

Why Would Google Show Some Reviews Over Others?