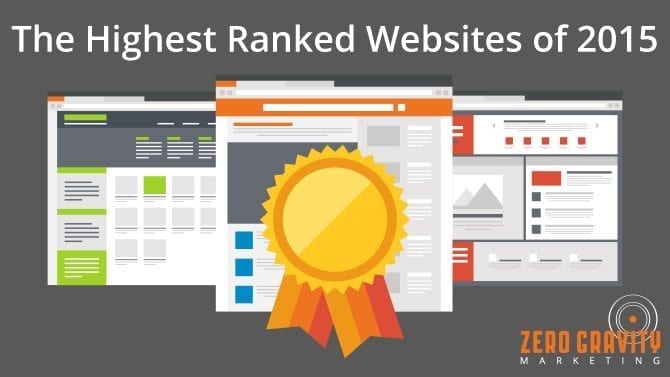 Every day, Moz tracks over 10,000 keywords and tallies up who holds the top spots on Google. Here is a brief look at the data they compiled for 2015, and what it means for you.

Who Occupied the Most Google Real Estate?

First, let’s just talk about the ten domains who earned the most page-one spots on Google’s search rankings. Here are the winners, along with what percentage of coveted Google real estate they occupied:

Chances are you have visited most, if not all, of the above websites, so it’s no surprise that they hold these top rankings. However, another way to look at the highest ranked websites is to consider how much each domain moved up or down since last year. When this data is evaluated, there are some interesting things to note:

How to Use the Highest Ranked Websites to Your Advantage

So why does this all matter? Well, if you know who is getting the most visibility on Google, you can alter your Digital Marketing strategy accordingly to ensure you are getting some of those rankings. For example:

To spruce up your digital marketing strategy and incorporate the moguls of the Google real estate world, contact Zero Gravity Marketing today.

Google Algorithm Update for May 2016