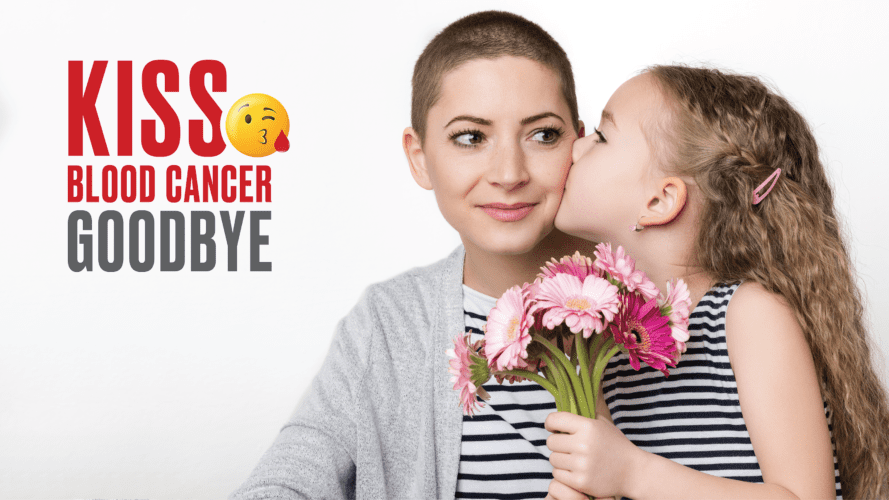 September marks the end of summer and the start of the school year. However, it’s not simply about buying new school supplies and bringing your autumn clothing out of storage. It’s also Blood Cancer Awareness Month (BCAM), during which patients, survivors, their loved ones, and more work together to spread the word about blood cancers. This year, The Leukemia & Lymphoma Society (LLS) wanted to bring a new social awareness to these diseases through a fun and viral activation.

Let’s take a closer look at how LLS and Zero Gravity Marketing (ZGM) worked together to create a viral social media campaign that brought awareness to blood cancer.

About the Leukemia & Lymphoma Society

Founded in 1949, The Leukemia & Lymphoma Society is the global leader in the fight against blood cancer. For the past 70 years, they have upheld one clear mission – cure leukemia, lymphoma, Hodgkin’s disease, and myeloma, and improve the quality of life of patients and their families. LLS raises money for blood cancer research, provides free information, education, and support services for those who have been impacted by blood cancer, and acts as an advocate for patients seeking access to high-quality, affordable care.

The Making of the Viral Challenge

Zero Gravity Marketing was asked to create a social media awareness campaign for LLS to run during the month of September. LLS wanted to generate a significant amount of buzz and excitement surrounding BCAM. Our expert team put their heads together, considering the unique characteristics of a viral social campaign as well as LLS’s goal of spreading awareness. The outcome? The Kiss Blood Cancer Goodbye Challenge (#KissBloodCancerGoodbye).

So, how did the challenge work? Social media users were asked to post a creative photo or video showing how they kiss blood cancer goodbye. We offered up a few suggestions, such as blowing kisses to the camera or even creating a dance routine that features the gesture. In doing so, we hoped that users would come up with their own unique social media posts. To participate, users were asked to tag LLS’s social media handles. They were also required to nominate three friends, challenging them to create a post or donate to the cause.

In order to clearly communicate the rules of the challenge and how it works, ZGM contributed to the creation of a landing page dedicated to the #KissBloodCancerGoodbye campaign. This page allowed us to direct users to one central location, where they could find important information, example posts, links to donate, and more.

But the work didn’t stop there – ZGM and LLS worked step by step to create a thorough and well-thought-out strategy that was developed months in advance. This included an influencer strategy that promoted the challenge through key blood cancer social media influencers. We also created innovated graphics, including a new logo, a nine-tile Instagram takeover, and more. Finally, we devised an incentive strategy for LLS’s 56 local chapters to create their own videos and recruit participants within their social media networks.

#KissBloodCancerGoodbye officially launched on LLS’s Facebook, Twitter, and Instagram accounts on September 3rd, 2019. It was also shared on LLS’s campaign accounts, Light The Night and Team In Training. The local LLS chapters shared their kickoff posts as well, and the influencer strategy began to take root on Instagram.

The campaign hit new heights when actor and blood cancer survivor Barry Watson posted his own #KissBloodCancerGoodbye video on September 5th. His wide-reaching social media network (with a following of over 90,000 across all accounts) and connection to blood cancer brought the challenge to the forefront.

LLS’s campaign skyrocketed even further when actors Melissa Joan Hart, Sean Astin, Rizwan Manji, Marissa Jaret Winokur, and Carrie Ann Inaba created their own photos and videos. This provided significant momentum for the challenge and our goal of spreading awareness for LLS and the fight against blood cancer.

Strong support on social media from survivors, celebrities, influencers, patients, and more has led to increased awareness of blood cancer and education about the mission of LLS. Through this campaign, we were able to surpass LLS’s initial goal, eliciting an unprecedented level of social media exposure. And while Blood Cancer Awareness Month has come to a close, we are confident that the #KissBloodCancerGoodbye challenge delivered a lasting message – together, we can find a cure.

We are proud of the work our incredible team has done to support this cause. For more information about our social media services, or to speak with our team about creating an effective campaign of your own, contact us today.

How to Measure Success for Voice Search

Exit-Intent Popups: What Are They & How Can They Increase Conversions?