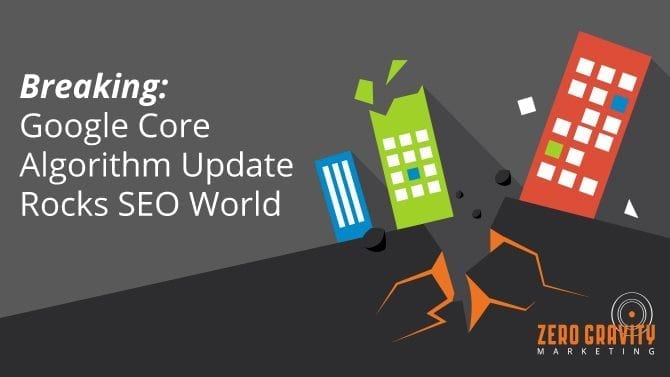 The SEO world is in a bit of disarray right now, as many webmasters reported huge changes in their rankings over the weekend, yet (in usual Google fashion) nothing was announced until after the fact. On Tuesday (January 12), Google confirmed the major core algorithm update everyone suspected, and they also let webmasters know that the Panda algorithm has been incorporated into the core algorithm—but apparently these are two separate tidbits of information. Yes, it’s confusing. Here’s a breakdown of what you need to know:

Panda Was Not Updated

The Core Algorithm Update is Mysterious

The makings of Google’s core algorithm have always been kept under lock and key. While we can speculate all we want about what ranking factors Google gives the most clout to, the truth of the matter is that we will never know. However, we do know that there was some serious turbulence on MozCast over the weekend, so there were obviously some major changes.

Google Panda is Not Real Time

Yes, Panda is now part of the core algorithm, but Google wants to make sure it’s known that that does not mean it is a real-time algorithm. The SEM Post reports that the Panda scores are still a completely different entity, and their updates will be completed at a different date. That being said, Google does plan on making Panda updates more frequently. As an aside, the Penguin update (based on backlinks) that is sure to take place any day now—many thought it would be by the end of 2015, but it has yet to appear—will still be a real-time algorithm.

So let’s give you a quick summary:

As long as you stay committed to providing your visitors with quality content and you avoid black hat SEO like the plague, then you have little to worry about. Whether Google updates their algorithm once a week or once a year, to ensure your website always stays on Google’s good side, contact Zero Gravity Marketing today.

How Do We Compute Our SEO Prices?