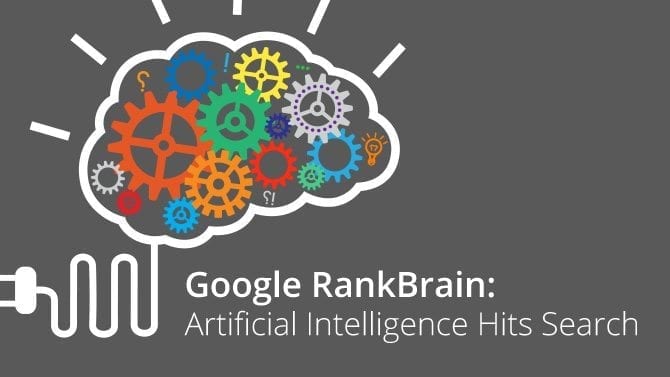 At the core, RankBrain is a form of artificial intelligence, and its goal is to make the Hummingbird algorithm more accurate while eliminating the need for human involvement.

Ever since Google’s inception, people have been at the root of all their queries. They are responsible for creating the synonym lists the algorithm uses, the database that connects certain words to each other, and basically everything else Google uses to determine what pages it should show when someone performs a search. But as you can imagine, that takes a lot of time.

Bloomberg reports that the mission of RankBrain is to streamline this process by eliminating the need for humans to interpret the details. It does this by remembering what it sees and learning from its experiences. If a keyword phrase is searched that has never previously been searched for (which apparently makes up 15% of searches), RankBrain will be able to display accurate results based on what it has seen paired up in the past—and it gets smarter every day.

Even though the news of RankBrain is just now breaking, Google began its gradual rollout earlier this year. It turns out RankBrain has been working its magic behind the scenes for several months, and it plays a role in the majority of the three billion searches Google processes every day.

While RankBrain is a form of artificial intelligence that can teach itself, it only does so offline (for the time being). RankBrain is fed an abundance of past searches and it uses those to learn, memorize, and predict future results. After it has been given time to study these old searches, RankBrain is tested for accuracy before the new-and-improved RankBrain goes live. This cycle is repeated continuously.

RankBrain is Not an Algorithm

As the name implies, RankBrain is simply a ranking factor used in the Hummingbird algorithm, but it’s a significant one. It is the third most important, to be exact, which is a pretty big deal when there are literally hundreds of ranking factors used. (Inbound links and words themselves are hypothesized to be the first two by Search Engine Land, but Google is keeping its mouth shut if that is true or not.)

So now you might be wondering how exactly RankBrain can be a ranking signal when it’s not something that is physically part of your website. That’s still up in the air. Perhaps RankBrain gives each page a score based on quality, or maybe it is helping Google to better discern what your page is about. The answer may not be perfectly clear at the moment, but one this is for sure: Google takes RankBrain seriously and it is not to be ignored.

Even though there are still a lot of unknowns in regards to RankBrain, you can be assured that at Zero Gravity Marketing, we are always keeping our eyes and ears open for more insider information. And as soon as we get it, you will be the first to know.

Ask Your SEO Agency These 9 Questions

How to Get High Quality Reviews