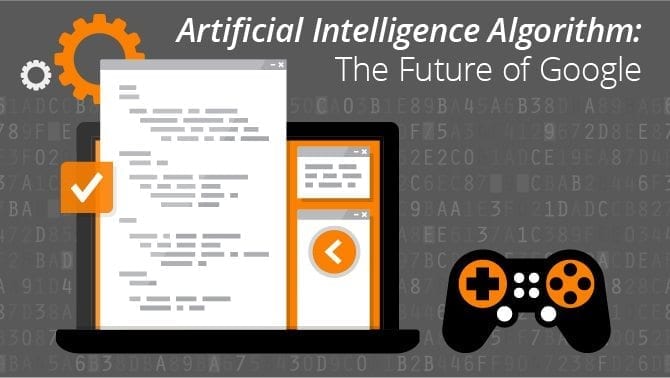 In February of this year, Google unveiled an algorithm that is capable of learning and adapting all on its own—no new coding required. They are calling it DQN (Deep Q-Network), and the general population is referring to it as the Artificial Intelligence Algorithm.

This new artificial intelligence algorithm is a big deal. Instead of having to be rewritten every time an update is warranted, it learns from its experiences and tweaks its reactions to get the best results. To prove just how well the artificial intelligence algorithm works, Google’s scientists put it to work on 49 classic Atari video games, and it was able to outperform professional human players on more than half of them.

Even though the algorithm was just shown the game, and wasn’t programmed with any additional information, it was able to improve its score a little each time, and it continued to do so until it had the game mastered. Perhaps the most interesting trial was in the game Breakout—it took 600 rounds, but eventually the artificial intelligence algorithm figured out that if it broke a tunnel through the blocks, it could bounce the ball behind them to beat the game quicker (you might want to remember that next time you play).

What It Means for Search

So the artificial intelligence algorithm is mastering video games, great, but how does this affect search results? As of now, the technology isn’t being used for search, but it would be naïve to think that Google won’t use everything in their possession to improve the user experience. So, looking at the same science used to conquer these games (determining the most important details needed to make improvements and then applying these changes to reach an end goal), it is easy to see how this technology could affect search results.

Instead of Google having to rewrite their algorithm every time something new is considered important, the artificial intelligence algorithm would be able to constantly update in order to give users the most relevant results. And since this process would be ongoing, there would be no need for algorithm update announcements—you would just need to always be on your A-game. The changes will be subtle and intuitive, and you may not even notice them at all.

Here’s the thing: no matter how smart Google’s artificial intelligence algorithm gets, it will always want the same thing. You know what it is—to give the best results to the searcher. As long as you talk to your audience and not the search engines, you will have nothing to worry about. Useful, engaging content is never going out of style.

Do you need help with your content creation to ensure you can beat the Google bots of the future? Contact Zero Gravity Marketing today.